This site is no longer being updated. I’d hate to lose you! Please head over to https://sharonahill.com and subscribe!

You are getting this messaged because you previously subscribed to follow my old blog. Please click on my current site

I recently came across some thoughtful essays that attempt to explain what I and many acquaintances have been puzzling over – How can we be going backward as a country? Why is there a surge in justification for hatred of outgroups (women, disabled, immigrants, blacks, non-natives)? Why are we so divided on what makes America truly great? I don’t do politics well but I do value trying to understand why people think and behave so differently than I do. It is certainly a problem we, as a Nation, need to work at fixing.

Check out the short version: The Peculiar Populism of Donald Trump or the long read: A Tale of Two Moralities. I’ll attempt to summarize (though it’s tricky and there are lots of nuances like all things having to do with people, values, and ideas). END_OF_DOCUMENT_TOKEN_TO_BE_REPLACED 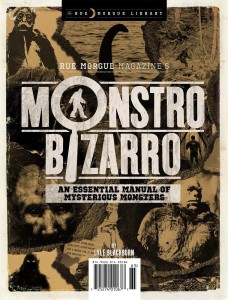 I found an advertisement somewhere online for Rue Morgue Magazine’s Monstro Bizarro collection, “An Essential Manual of Mysterious Monsters”.  Maybe it was via the editor, Lyle Blackburn. I pay attention to Lyle’s books because I’ve liked them all so far but I’m not a Rue Morgue reader. This collection of columns looked interesting so I ordered it directly from Rue Morgue. (Later, I saw it on the shelf at BAM bookstore.)

At only 130 pages, I would quibble with the “manual of monsters” moniker but I enjoyed this book. I found that at the end of a stressful day, I was eager to get back to it. END_OF_DOCUMENT_TOKEN_TO_BE_REPLACED

Supernatural America is one of a few books that aim to take the reader on a tour of the country’s paranormal history to end up where we are today. I’ve not read many good ones. (Paranormal Nation by Fitch was possible the WORST. Steer clear of that stinker!) I compare such a project to Brian Inglis’ two volumes (that are not focused on America but on the history of supernatural and paranormal thought) that some think are too pro-paranormal but certainly far more thorough.

Supernatural America immediately conflates supernatural with paranormal and, to me, this dooms the entire book to being a mish-mash of unclear concepts. Because the author discusses the progress of scientific efforts in investigating “the supernatural”, and the efforts to prove the supernatural through science, we immediately spot the complication that this creates. Though he uses the definition of supernatural as “phenomenon that cannot be explained by natural laws or understood by science,” he does not grasp that by that definition the supernatural is excluded from science. Science relies on natural laws. Supernatural causes are beyond nature and can not be studied. There are no rules. So, right from the introduction, I was put off by this fundamental muddling of ideas. The second major issue was the lack of editing and nearly unreadable portions of chapters 1 and 2 which included excessive use of passive tense, missing words, and inelegant grammar, making these portions very difficult to follow. I trudged through them. Slowly. It got better but it was odd that these portions sounded like unproofed drafts when the rest was more readable.

END_OF_DOCUMENT_TOKEN_TO_BE_REPLACED

I found two interesting takes on Trump’s Terrible Tweeting today. First, from the bestest media podcast, On the Media, a discussion with George Lakoff on how the tweets tend to fit certain categories.

Preemptive framing – Posing the issue immediately in a way that suits him, makes him look good or reinforces his own position. Then others are likely to remember it this way.

Diversion – To get people all emotional and outraged about some stupid stuff instead of serious issues. Keyword “overrated”. People forget what the story was originally about.

Trial balloon – Send an idea up the flagpole and see who salutes or shoots it down.

Deflection – Making it about someone or something else other than his shortcomings.

Trump’s twehtoric is very effective. He knows how to work it to get results. The media, however, fall for this shit over and over. Lakoff says that reporting on the tweet allows for manipulation of the reporter and of the truth. Instead, he says do this: END_OF_DOCUMENT_TOKEN_TO_BE_REPLACED

I’m frequently discouraged by how often and quickly people who value “critical thinking” send barbs towards others with the same goals using unwarranted accusations and mischaracterizations. It’s too common. A few weeks ago, I was accused on a Facebook friend’s page of only writing about “low hanging fruit” and that my website Doubtful News was limited to applying skepticism to “paranormal, conspiracies and alt med”. A rude and ignorant commenter who favors ad hominem insults says he “begged” me to cover issues that really hurt people like “computer scams, phishing”. That might be a blatant lie or it just might be an exaggeration, I can’t remember anyone contacting me about that at all. Regardless, it was absurd. As with pseudoscience, it’s hard to unpack such trumped-up claims. The writers’ goals were to support their efforts to make a feel-good social judgment upon me. They weren’t interested in facts, just emotions. The facts are this: my platform has LONG BEEN application of science and skepticism to all appropriate subject areas – the circle can certainly grow!

END_OF_DOCUMENT_TOKEN_TO_BE_REPLACED

Dr. Darren Naish has a new post out on the Minnesota Iceman. It’s adapted from his book Hunting Monsters which is soon to be out in hard copy (already in electronic format). Good news! However, the cryptozoological go-hards don’t generally like the scholarly-type books which often carry a more skeptical tone. They tend to go for the anecdotal collections that have few or poor references and that promote the mystery beasts as real. So books like this one from Darren, along with Radford’s Tracking the Chupacabra, Regal’s Searching for Sasquatch and Loxton and Prothero’s Abominable Science (among others) are deliberately ignored, or trashed by a few surly self-styled cryptozoological experts (who wouldn’t even read the entire book). It makes me think that many in the field don’t want to do the work needed to actually document the cases well and fit them into the literature, or they just want to promote their preferred beliefs and the truth doesn’t matter as much. They also have a chip on their shoulder about those who do the book work, so to speak, a necessary academic exercise, as opposed to seeking a mystery creature out in the woods who wins the award for Hide and Seek Champion.

Speaking of the truth, the Iceman’s origin is cloudy. The owner, Frank Hansen did not have a version that he stuck to. Darren relates five different origin stories: END_OF_DOCUMENT_TOKEN_TO_BE_REPLACED

Talk about a flashback! In my latest podcast interview with Jason Colavito, we are discussing the alien-Bigfoot connection (in the context of Bigfoot as Nephilim) when Jason mentions the TV series Six Million Dollar Man that featured Bigfoot as a recurring character in four episodes, and once on the Bionic Woman show from 1976 to 1977.

The Secret of Bigfoot (part 1) aired on February 1, 1976. I was 5 years old, so I likely did not watch this but I do have a strong recollection of seeing these shows and being rather frightened by the Bigfoot character – he was huge and had a look very similar to the Patterson-Gimlin film Bigfoot (“Patty”). In fact, other than the lack of breasts, this Sasquatch suit fit pretty well in comparison to Patty. The head and face are always the hardest to make authentic-looking. This TV bigfoot featured creepy eyes and appeared roaring out of the shadows, giving me a serious case of the willies. Already obsessed with monsters, I loved it anyway. END_OF_DOCUMENT_TOKEN_TO_BE_REPLACED 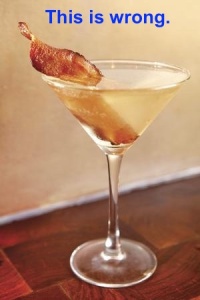 I know some people binged on fried foods and ice cream post-election. This article today from Washington Post shows you weren’t alone. But it didn’t really make you feel better. I know I hit the brandy and vodka a bit more at the end of the day than I should have. Sleep, a walk outside, watching a good movie or show, enjoying time with family and pets, getting into some deep thinking over a book all served me better. END_OF_DOCUMENT_TOKEN_TO_BE_REPLACED

My Tweets
Back to top
Doubtful ~ Sharon Hill
Blog at WordPress.com.
Loading Comments...